After sourcing the bike that I wanted for the front end of the trike, I began to cut the frame of the bike to fit onto the rear trike frame.  I also wanted to remove most of the paint that was originally on the bike so I could weld supports in.  Sanding off the paint also leaves room down the road to put a fresh coat of paint on it, which I plan on doing 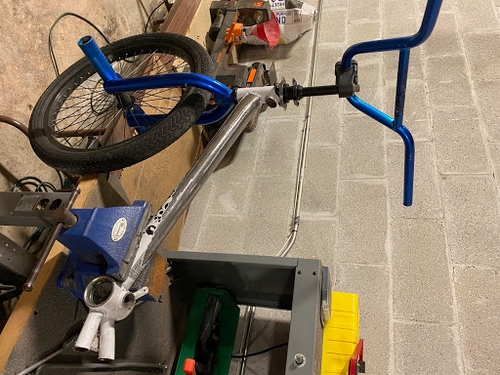 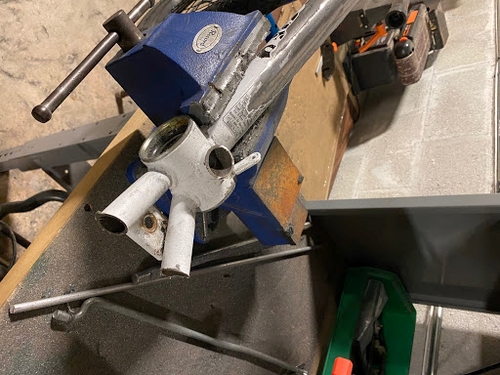 After cutting the frame and sanding down the paint to bare metal I took down the rear assembly from the sawhorses and mocked up the position of the front end on the floor.  It’s really starting to come together now! 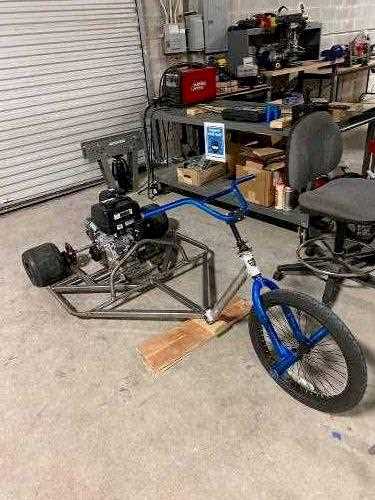 I welded in custom foot rests that use the original pegs from the bike and it ended up looking nice.  I also mounted up a seat that I got from Ebay and everything seems to fit nice.  Took it down off the sawhorses to see how everything settled in.  I'm liking the way it looks.  Need to get some air in the tires then it's time to test. 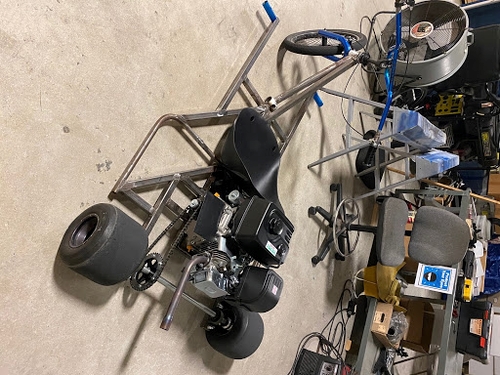 Looking for a rear brake kit to fit to the rear axle and some red loctite to put on some threads as things were getting loose when riding it around.  Frame is holding up nicely though and it feels good to ride.  Still waiting on PVC sleeves for the rear tires so I can get this thing sideways.