The last couple weeks a lot of progress has been made on the pinball machine and the home stretch is very near. Notably in my last report I showed the wooden box was completely built. Since that update the box has been stained black and then lacquered to give it a nice shine. 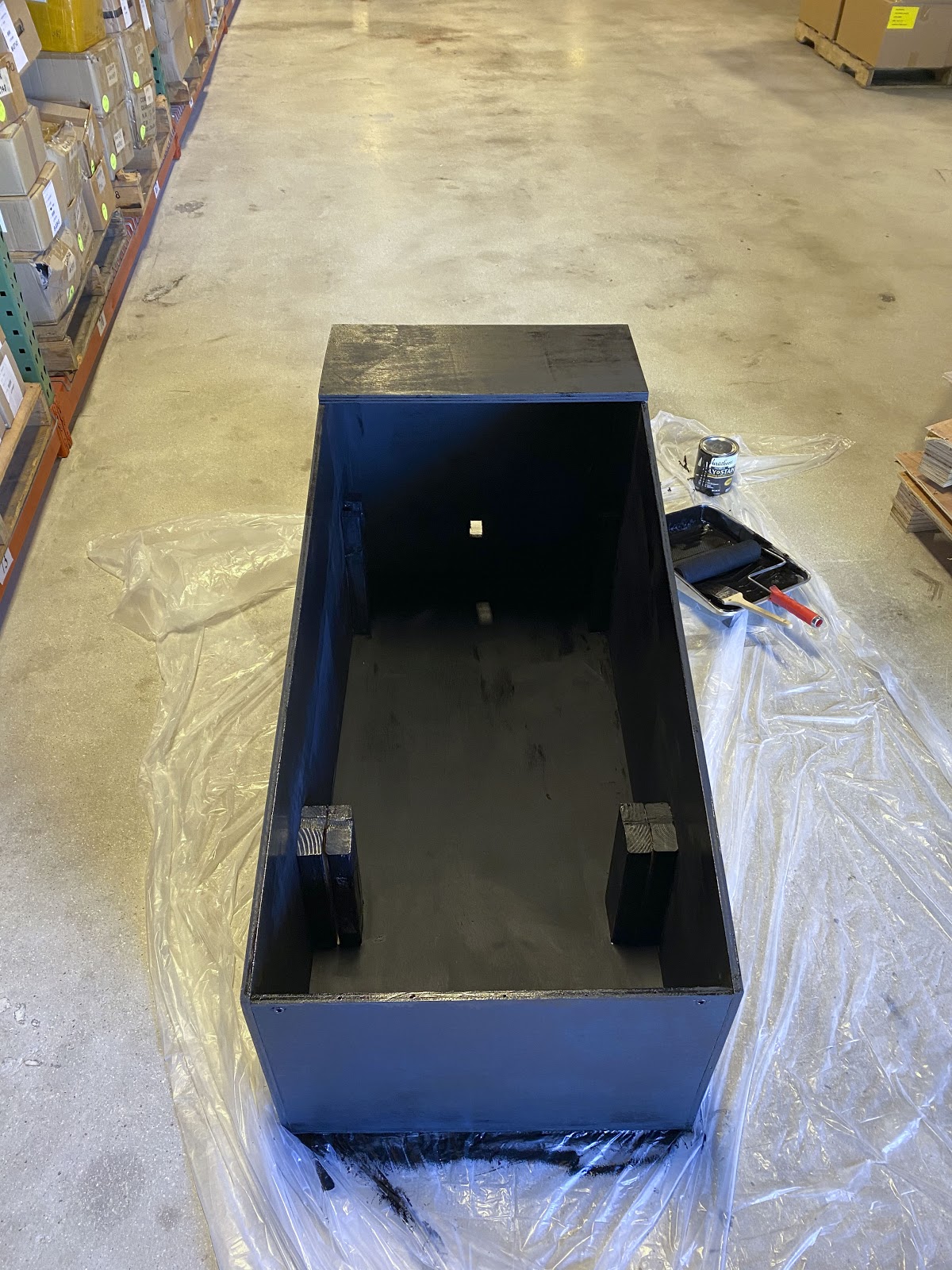 After the box finished drying the next step was to put the metal trim, and handles on it. There were a couple reasons to do this versus leaving it as it was. First the trim is used to hold in the future lid of the pinball machine so no balls go flying back out during game play, and the second reason is that the metal on the corners will help mitigate damage from the inevitable wear and tear on the corners in moving. The handles were added for a similar reason, damage mitigation, while the box is plenty movable on its own the handles help mitigate the risk of someone dropping it by giving an adequate hand hold. 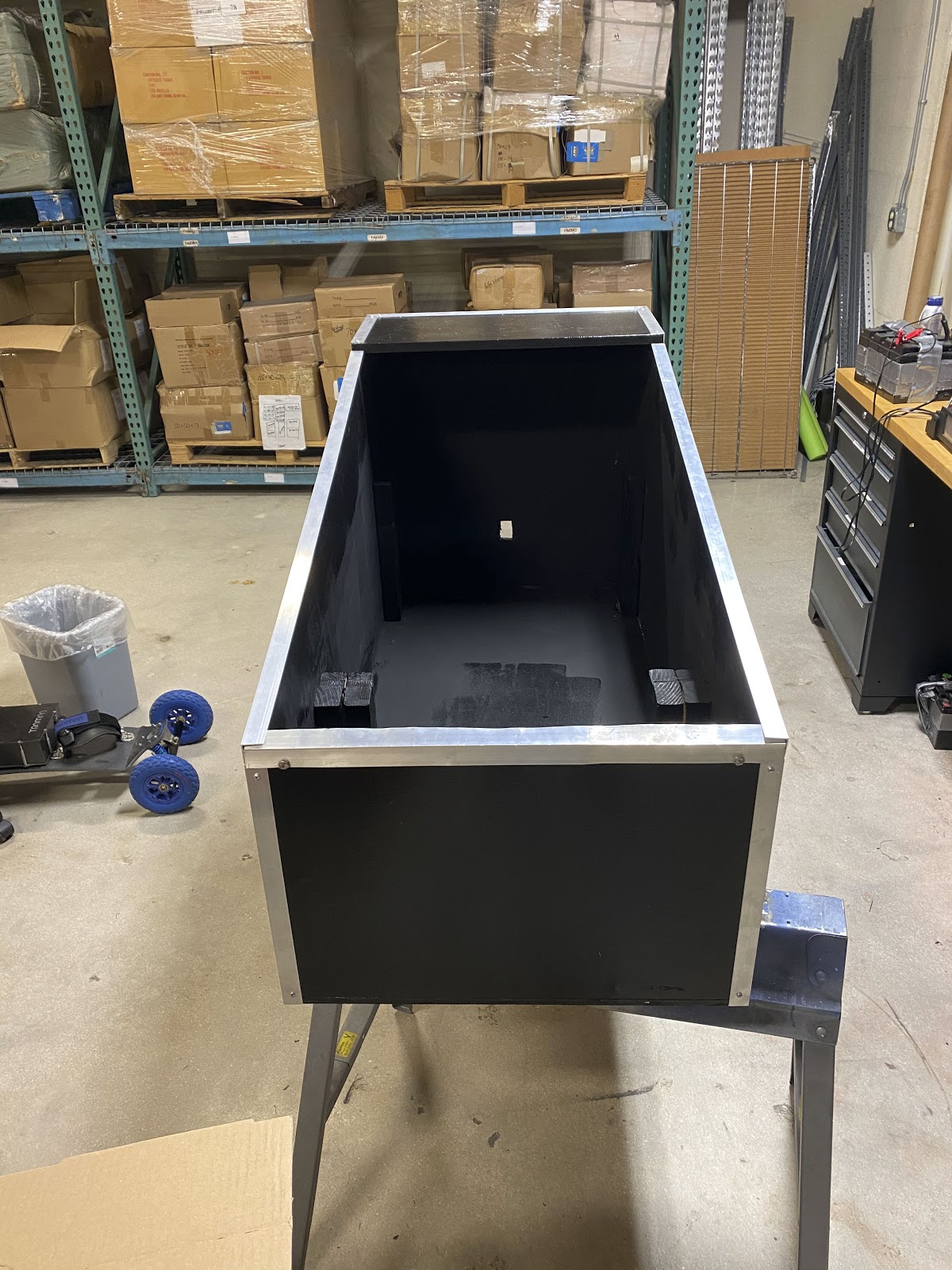 After finishing the trim the rear plug was installed and wired into the 24v power supply. Then I wired in the LED accent lights. There was one minor problem that was relatively easy to overcome, and that was the reviver for the remote was built into the AC/DC converter. This was overcome by cracking into the converter, ripping off the prongs and then just soldering in some wires to where the plugs were and then putting the entire thing back together.  There is still another  strand of LEDs I need to add but this is a look at how the machine looks at time of writing. 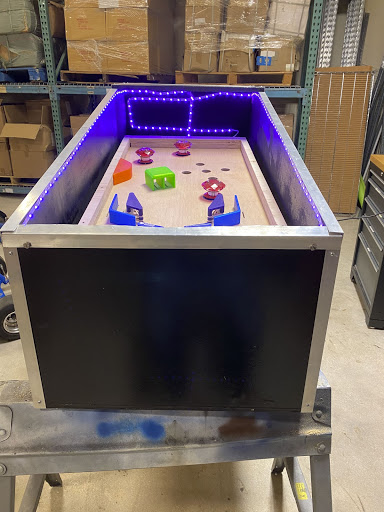 In addition to all the box work I finished the code for the arduino Mega that will be controlling this machine. This project will be utilizing 43 of the 53 digital pins of the arduino, which is why it requires the mega vs the UNO as the UNO only has 13 pins. The code I wrote allows for scoring, keeping track of a high score, and what ball you are on for the continuation of the game. For anyone looking to use the code I wrote it can be found on my github at this link: https://github.com/Jeff-the-plant/Boca-Bearing-Pinball/blob/main/Pinball_machine_code_v2.ino 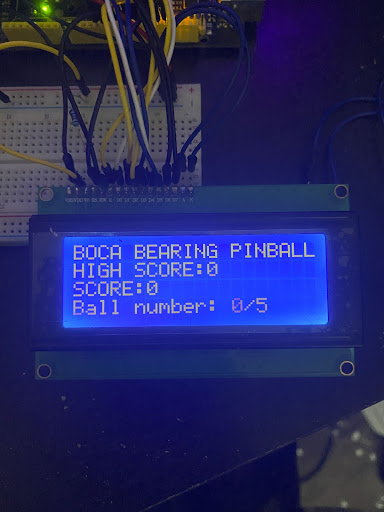 Lastly I have been making minor adjustments of predesigned parts to make them work as they should. For example the solenoid loading the balls into play appears to have less strength than necessary to launch the balls into the launching lane. A few options are being explored to rectify this issue including plastic balls and angle adjustments. Another problem is the lid for the pillar gear box seems to be out of spec so that will need to be tended to in order to make it fit properly. And lastly the lid seems to buckle under its own weight so options are being explored there to come up with a better solution.